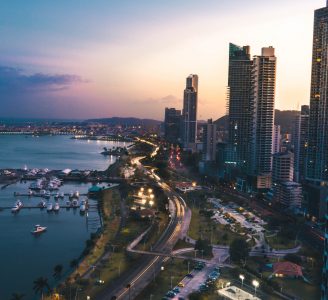 -Scroll down past the Map to see our Panama Itineraries-

Panama is known as the “Crossroads of the Americas” due to its privileged position between North and South America. The country is famous for the Panama Canal, but the real beauty and draw of this country is revealed only to travellers willing to explore further.  The meaning of the name Panama is describe as ‘abundance of fish, trees and butterflies’ and reflects the country’s reputation as a paradise for water enthusiasts and eco-tourists alike. Panama’s geography as an isthmus connecting continents make its flora and fauna incredibly diverse.

From the modern Panama City you can glimpse the past in the UNESCO listed old city, and the ruins of the original colonial town. In the north explore the adventure capital of Boquete which offers lush jungles, whitewater rafting, zip lining and rock climbing. The coffee growing capital of Panama is in the Chiriquí highlands, home to Volcan Baru, the highest point in the country. Visit the many stunning beaches and marine reserves from the Caribbean Islands of San Blas or the UNESCO listed Coiba National Park on the islands in the Pacific Ocean.

Did You Know…a Panama canal was first mentioned in 1534? It would be almost 400 years until becoming reality when the Panama Canal opened in 1914.

~We recommend 2 days to explore Panama City & the Panama Canal~

Panama City is much more than just a fantastic place to see the Panama Canal. It is a mix of modern skyscrapers, culture, coastline and a UNESCO Heritage old city and ruins of the original Spanish colony.

The capital is situated on the Pacific Ocean and we suggest spending time here on arrival – at least one full day to explore the city and a day learning about and visiting one of the key visitor centres along the Panama Canal. ~We recommend 3 days to explore the San Blas Islands~

Panama has some stunning island paradises well worth a visit. The Caribbean San Blas Islands are an archipelago off of Panama’s Caribbean coast. The islands are a wilderness of sandy coral islands enclosed by turquoise sea.

San Blas is an independent indigenous territory within the Republic of Panama. The Kuna people (or Guna) are one of the best preserved indigenous tribes in all the Americas and a key part of this unique visit.

You will explore only a few of the many hundreds of islands and islets of the archipelago. The lodges are all run by a local Kuna family and all only have a few bungalows, so you will enjoy a high degree of privacy on your island. The meals served on San Blas traditionally feature fresh local seafood from fish, prawns, lobster to squids and mussels – you will find everything on your plate. This beach paradise destination is perfect for travellers want a unique beach holiday experience. 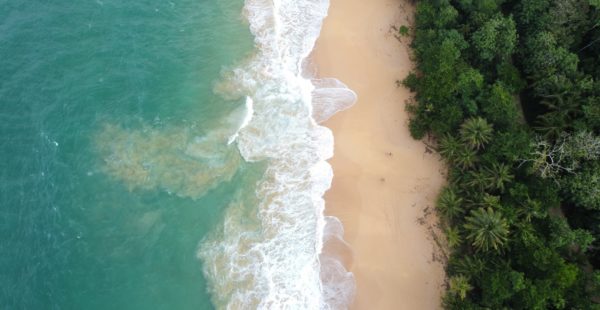 The Bocas del Toro province of Panama is on the Caribbean coast bordering Costa Rica. The tropical jungle, beaches and marine reserves make this area one of the most popular destinations in Panama for tourists.

An island just off the coast, Bocas del Toro offers tracks through the jungle and visits to indigenous communities as well as the first ever Marine National Reserve in the country – Islas Bastamientos National Marine Park. The park encompasses forests, mangroves and coastline and protects monkeys, sloths, turtles, caimans, crocodiles and many more reptiles and amphibians. Nature lovers should explore the rainforest, jungles and endless coastline of Panama. Base yourself for a few days in Boquete, David or the small surfing village of Santa Catalina and see the natural wonders of the country. Cloud forests, black sand beaches metres away from lush jungle and wildlife abound in many corners of the country.

There are two UNESCO listed National Parks in Panama with very distinct geography and climates. The Amistad National Park, which covers areas of both Costa Rica and Panama, is in the north east of the country and is the home land of multiple indigenous groups. The wildlife includes five kinds of big cats – pumas, ocelots, margay, jaguars and jaguarundis. There are also over 600 species of birds.

The remote Coiba National Park and Special Marine Protection Area is a region off the Pacific west coast of Panama and includes 38 smaller islands in the Gulf of Chiriqui. It is the last refuge for many threatened animals like the crested eagle. The island was formerly a penal colony but the prison was officially closed in 2004. The area provides protection to humpback whales, pilot whales, killer whales, dolphins, turtles, manta rays, marlins and more. In total there are over 760 species of marine fishes and 33 species of sharks in the area. For travellers interested in diving or exploring Coiba, we can add on 2 or 3 days in Santa Catalina to one of the itineraries below.